There’s so much processed food around us these days that they hardly resemble real food. A large number of them are often loaded with sugar, which, according to one study, can have a devastating effect on one’s metabolism and cardiovascular health [1].

Paleo diet—shortened from “Paleolithic”—refers to the Stone Age, from which followers of the diet are supposed to emulate as closely as possible given our modern diets. Advocates of the diet construct their meal plans around what our hunter-gatherer ancestors were supposed to have eaten [2]:

It’s also easier to include the many restrictions of this diet. Proponents must avoid food and drinks that were not consumed by the cavemen, such as:

In theory, this has some logical basis. Cutting out processed food from our diet removes man-made chemicals from entering our bodies, which translates to a healthier eating habit. But does the Paleo diet have any scientific backing, or is this just a fad? We’ll examine this objectively with studies that have been conducted so far.

The Case for Paleo

Some recent studies have found that the Paleo diet has some observable benefits.

For instance, a study published in the European Journal of Clinical Nutrition in March 2014 found that a paleo-like diet for 70 obese post-menopausal women saw a decrease in waist circumference and triglyceride level (a type of fat in one’s blood).

Yet another focused on 29 men with heart disease and high blood pressure, which found that the men on a Paleo diet lost 5kg after 3 months.

While these researches seem to indicate the effectiveness of Paleo diet, it’s important to note that the studies’ sample size is small and were not conducted over a longer period of time. More long-term studies need to be done in order to demonstrate a more conclusive evidence.

The Case Against Paleo

Like most diets, the Paleo diet has its own share of critics. Opponents of the diet criticised its fairly restrictive exclusions, particularly its prohibitions on grains (packed with fiber), dairy (calcium), and legumes (complex carbohydrates, protein, and fiber).

Therefore, cutting out these food groups from one’s diet may not be a good idea.

Another common criticism of the Paleo diet is that it’s not easy to follow, as it often recommends eating grass-fed meat. As Paleo is merely a prescribed diet and not an actual dietary restriction like lactose or gluten intolerance, it’s harder to throw out a list of things you don’t eat at a server in a restaurant or mamak. That means in order to strictly follow a Paleo diet, you’d have to cook every single meal that you eat, which would not be socially conducive when eating out with friends or relatives.

Furthermore, Paleo diet is hardly a cheap diet. Its demand for wholesome, highly nutritious food means having to purchase non-processed food that is usually expensive. Buying quality food is by no means a bad thing however—your grocery shopping budget simply has to expand to accommodate a healthier eating habit.

Despite some misgivings about the Paleo diet, cutting out heavily processed food is a step in the right direction. It also emphasises on lean meat, fruits, vegetables, and healthy fats.

However, excluding entire food groups such as grains, legumes, and dairy may not be a good idea; research has shown these to be beneficial to our health.

So what should we do?

Instead of following the Paleo diet rigidly, we recommend taking  heed the positive aspects of Paleo — cutting out processed food as much as possible; adding more lean meat, fruits, and vegetables into our diet; and exercising if you haven’t been doing it already. As with all things in life, the key to a healthy body is moderation. 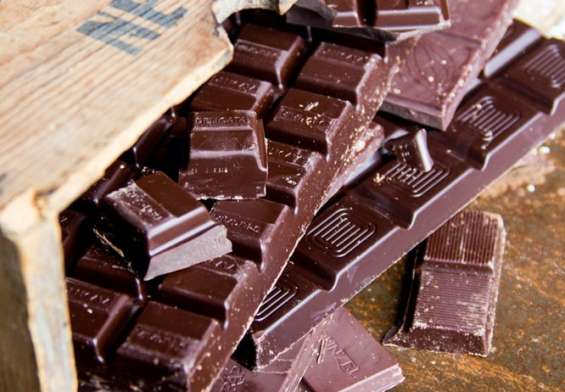 7 Foods To Get Your Vitamin D Fix