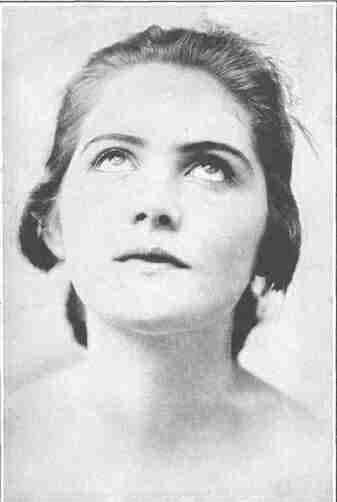 The eyes are the windows to one’s soul. They help relay one’s fear, love, boredom and a myriad of other emotions, but only to those who are tuned into the messages they’re trying to communicate.

Eye contact is a primary component of any interpersonal communications and the study of such eye behaviour is called oculesics. So dominant is this unspoken language that most of us tend to make a series of quick judgments about each other simply based on what we see. But are your judgments accurate?

When a person is thinking, they would usually look upwards. It symbolises a person visualising his or her thoughts and hence allows you to communicate concepts better with that person if you take advantage of their visual thinking processes.

Humans tend to look upwards and to the left as a natural reflex because we use our right brain to analyse and think logically.

In contrast, looking upwards can be bad if perceived in the audience as this can be interpreted as the signal for boredom – because that person had started to examine the surroundings for something else more interesting.

Looking Upwards to the Right

The opposite applies when a person looks upward to the right as this indicates imaginative construction within the mind. In analysing human behaviour, such glances are always associated with betrayal and the telling of lies.

However, you’ll need to test the validity and reliability of such concepts of each person you’re dealing with before arriving at any conclusions though.

You can do this test simply by asking the person to remember the experience of riding a cycle and then observe the direction of eye movement. Thereafter, ask the person to imagine the picture of a described cartoon and observe the direction of eye movement. Both tests can help you verify just how true this behavioural hypothesis is for that person.

The head being either lowered down while the eyes look upwards can also show submissive behaviour to enhance attraction, especially among women.

A lot of artists use this pose in photographs to increase their attractiveness and to show submission to their fans.

Note however that if someone with the same gesture expresses a frown instead, it shows that person is being judgemental.

In most cultures, it is rude to sustain long eye contact with another person. We look down when talking with others so as to show respect.

We can also observe this scenario when a superior is talking to the subordinates. The subordinates look down to indicate submission. They are trying to give the signal to their boss that they do pose no threat and also messaging “Please do not hurt me!”

Besides indicating submission, looking down can be interpreted as a person feeling guilty. Just what the interpretation is needs to be matched with the appropriate scenario.

The sideways look can be interpreted in so many ways. As mentioned earlier, it is an action to avoid or show boredom towards a topic of conversation, with the most common interpretation being that person is seeking some distraction.

Looking to the left indicates a person recalling a sound while the rightward look indicates the person imagining a sound. This observation needs to be verified because visual and other movements can often be reversed.

Lateral eye movement can be interpreted as someone telling lies and projecting shiftiness because the eye movement gives the impression they are looking for an escape route in case their lies are found out. Lateral eye movements also happen when the person is being conspiratorial and they want to ensure no one else is listening in.

Eye contact or lack thereof can clearly be used to give the signal of boredom in interpersonal communication. Looking away is actually a signal to tell other parties that you are ready to end the conversation, bored of the topics and probably feeling annoyed as the other person is talking too much.

Some would use the rubbing of eyes as an excuse to turn the head away. It doesn’t matter how it’s done – such mechanisms show the person no longer has any interest to continue communicating or staying on the same topics.

But be careful, looking away can also be interpreted differently and one such example is when women tend to look away as a signal of submission – especially when communicating with someone whom they find attractive.

Looking away is always applied in our daily work. If you attend an interview and feel that all is going well, check the eye behaviour of the interviewer. Usually, the interviewer gives unconscious signals by looking away when the time is up or the information you’ve provided is sufficient.

Your failure to heed this signal may give a negative impact on the interviewer and negate all those wonderful qualities you’d been espousing earlier.

Squinting is an action where the eyes are partially closed and that can be interpreted to mean the message received is unbelievable or an expression of uncertainty because the person cannot comprehend the message being conveyed.

We too will squint involuntarily when thinking of something you don’t really want to accept or image – like taking bitter medicine.

We also tend to squint our eyes to reduce glare when under the sun or simply tired. So, when analysing body language, you have to consider the environment too. For example, when students attending a lecture feel tired, them lowering their eyelids is not really a squint.

Glancing or the flash look can be used to show a desire for a thing. For example, when you feel hungry, you will indirectly glance at food. If you feel ready to leave the place, you would glance at the door to indicate the desire to leave.

Glancing at a person can indicate the interest to communicate with and talk to the person. When we talk about others, we would often glance at them unconsciously. It can also represent us caring for the person’s feeling for fear we might say something that could upset them.

Glancing may also represent the desire to look at something forbidden. For example, if you notice a lady with a very short miniskirt, men would definitely glance at her as often as they can.

Direct gazing or staring is a strong nonverbal behaviour in terms of eye contact. It is an action where we look steadily and intently with great curiosity, interest and pleasure or wonder.

Humans tend to gaze at anything they find unusual such as birthmarks, scars, unusual clothes and even physical disability. When communicating with someone who has a handicap, we would tend to stare at the disability rather than making direct eye contact.

For adults, we know it is rude to stare at facial scars and we try to avoid them. Children haven’t learnt this lesson fully and they will look at the abnormality openly.

Staring is a prolonged gaze or fixed look that shows your interest in something. Staring at a person also represents shock and disbelief after unexpected news. Aggressive and affectionate stances can be achieved with prolonged eye contact.

It is very strange for us to stare at another human being. We seldom stare at humans because it is considered rude and it is as if we dehumanise them.

Some research report that staring is usually reserved for non-persons. We stare at scenery, art, sculpture and animals. For example, when we visit a zoo, we’d like to stare at animals like monkeys, tigers and gorillas.

Some managers use the stare as the technique to manage their employees. This is a mutually protective device. It allows the employees to function efficiently in their overlapping universe without too much interference from managers while allowing the staff to function fully without acknowledging another fellow human.

It is natural for our eyes to automatically follow movement of any kind. For example, if a teacher is waving around a pen when talking to students, students tend to look at the pen or the object rather than focusing on the speech or the teacher.

As such, teachers and coachers can use a pen as guidance when giving instructions. Students can follow the instruction better when the teachers are pointing with a pen rather than simply talking.

Besides, humans also keep watch on neutral and feared objects because we try to observe and analyse if the object could turn into a threat.

A wink is one of the more subtle gestures achieved by briefly closing one eye and this gesture usually suggests conspiratorial thoughts. Winking is always followed by a smile from the receiver if it is accepted or approved.

While winking can be a slightly suggestive greeting and is reminiscent of a handshake, it is different in some cultures – where winking is interpreted as sexual interest.

So what’s your date’s eye movements telling you?

How in tune are you with your own eye gestures? Can you conceal what you really feel? Let us know in the comments section below or on our Facebook page! 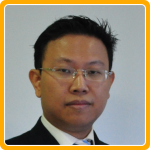 Infographic: Close Friends Are Better For Your Health Than Exercise? 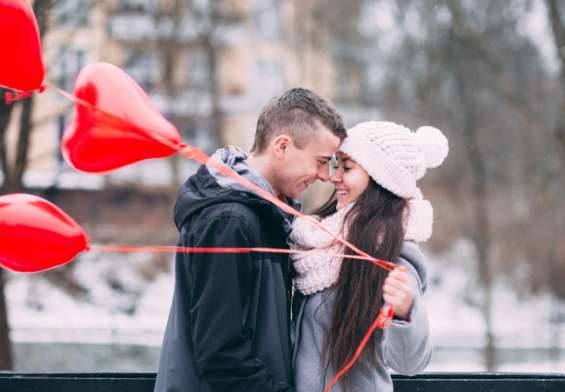